The Teatro Massimo “Vincenzo Bellini “was inaugurated in 1890. In the hundred years of its existence this propelling center of musical life in Catania has seen its stage on the boards of many of the greatest musicians of his room Novecento.Nella twelve hundred seats, perfect acoustics, are held every year a season of ‘work, and a season symphonic and chamber. 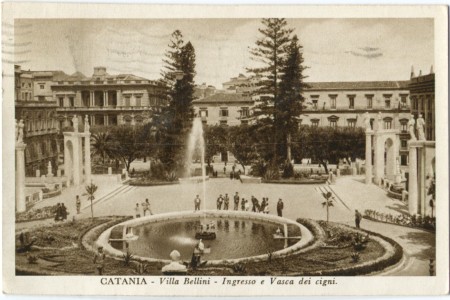 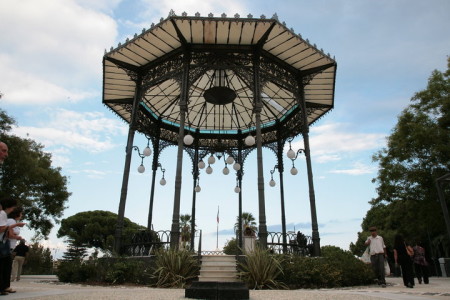 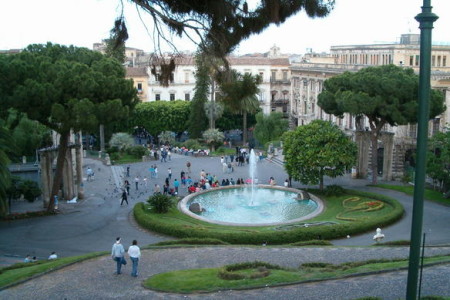 The VIP lounge of Catania, Villa Bellini is one of the most beautiful public gardens in Europe thanks to its rich botanical heritage that includes a wide variety of plants and trees tropicali.Il garden dates back to the eighteenth century and belonged to the Prince Ignazio PaternA? Castello, which I had wanted according to the types of then with hedge mazes, statues and fountains to gush as to create water features. Named after the great musician Vincenzo Bellini, the villa was inaugurated back in 1883. 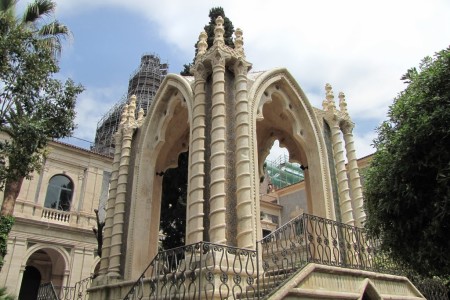 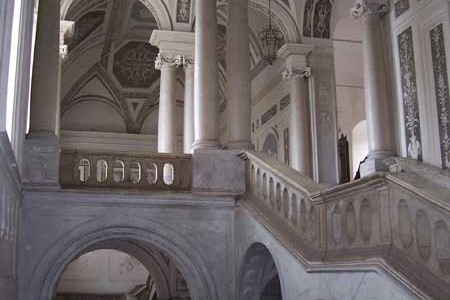 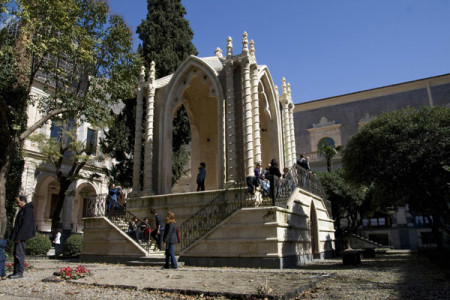 Admired by travelers, who remember the hospitality, book collections and the splendor of the monks, the monastery of the Benedictine dominated and conditioned the civil and religious life of the cittAi??.I monks lived there until 1866, three years after it was assigned to the City and housed a military barracks and various istituti.Nel 1977 he was transferred to the university, which has made it the seat of the Faculty of Literature and Foreign Languagesai??i??ai??i??. 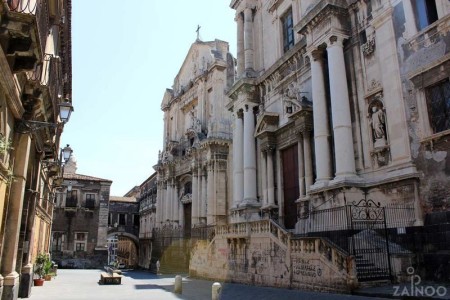 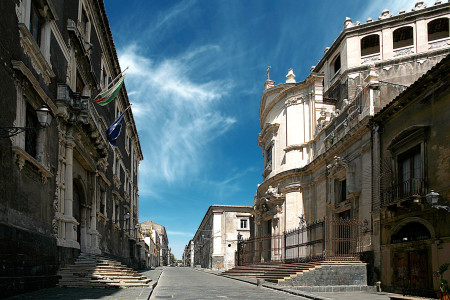 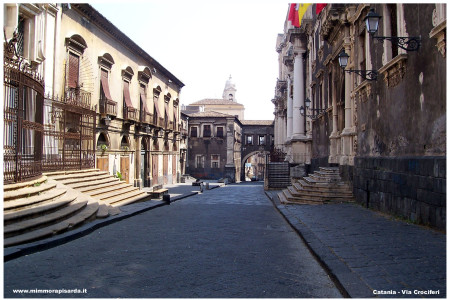 Crociferi Street was laid out following the earthquake of 1693 and owes its name to the Crociferi, who had the Church of St. Camillus. Lying on what was called the hill of Montevergine, Via Crociferi enjoyed great fame in ancient times: enriched by buildings and churches that the most influential families had built there, it soon became the center of life cittadina.In it found their scenario, the most solemn feasts and religious ceremonies towns: the festive season, the procession of the dead Christ in the celebration of Easter and all the other religious festivals of every church that looked out on it, including the feast of St. Agatha (February 5, ).

The door, dedicated to Garibaldi, is a much-loved monument to locals, who call him familiarly “U furtino” (The Fort) because it is associated with the memory of the former fort of the Duke of Ligne.Il monument consists of a triumphal arch of 1768 designed to celebrate the marriage of Ferdinand IV of Bourbon with Carolina of Austria. door is very special for its distinctive two-tone game of alternating white stone and black lava.

Going by Etna between the beautiful baroque facades of the eighteenth-century palaces, we reach in Stesichorus Square. Here we find the monument to the greatest composer Vincenzo Bellini, dating back to 1882.Sulla right there is the Roman amphitheater, dating probably around the second century AD The elliptical arena is second in size only to the Colosseum in Rome.

The cathedral square was founded on the site of Platea magna from Roman times, and is the center of gravity both real and symbolic, of urban life catanese.Una beautiful square that symbolizes Catania and his universe: concerts, local events and get-togethers . to give a sense of space and harmonize the whole is certainly the Elephants Fountain, which is located in the center of piazza.Suggestiva and characteristic, Piazza Duomo is one of the images most ‘fascinating nightlife of Catania.